myths vs. facts about gender-based violence

Myths vs. facts about gender-based violence

Myth One: Physical abuse (e.g. hitting) is the only form of Gender Based Violence.

Myth Two: Women who choose to stay in an abusive relationship are not victims. They could easily leave their partners if they wished to do so.

There is a plethora of reasons why a woman may not leave her partner. These include fear, lack of economic resources, isolation, commitment to the partner for change, fear of losing the children, and the dangers in leaving.

The following are suggestions NOT recommendations on how to navigate such situations.

ALWAYS CALL 911 IF YOUR SAFETY IS AT RISK.

Myth Three: If the abuse does not happen directly in front of the children, they are not aware nor affected by its occurrence.

Despite shielding attempt, children often see, overhear or are aware of the majority of violent incidents.

Myth Four: Alcohol and/or drugs is the cause of the abuser’s violent behavior.

Alcohol and Drugs may lower one’s inhibition, but they are not the cause of the violent behavior.

Domestic Violence is a global issue, and affects individuals.

Myth Six: My partner promises that “it will never happen again”. Since the incident, our relationship has been going exceptionally well. I should trust that my partner has changed.

Unfortunately, without professional intervention and help, these “honeymoons” invariably end abruptly and violently

Myth Seven: If one provokes their partner to resort to violence, they are equally responsible for the outcome.

There is NO an excuse to violence. If one is provoked, they have the opportunity to disengage from the conversation and walk away. Violence is a choice.

Myth Eight: Abusers are violent due to difficulty with impulse control and/or anger management.

A majority of abusers do not suffer from impulse control as they are skilled at keeping their controlling and abusive behavior behind closed doors.

Fact One: Approximately 137 women across the world are killed by a member of their own family every day.

The United Nations estimates that of the 87,000 women who were intentionally killed in 2017 globally, more than half (50,000- 58 per cent) were killed by intimate partners or family members, meaning that 137 women across the world are killed by a member of their own family every day.

Fact Two: Approximately 275 million children worldwide are exposed to violence in the home.

Fact Three: Victims of Intimate Partner Violence are more likely to visit the Emergency Department, particularly at vulnerable times during their relationship.

Fact Four: A quarter of countries across the world currently do not have any laws in place to protect women from domestic violence.

The United Nations reports that 49 countries currently have no laws protecting women from domestic violence. 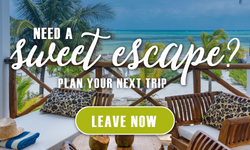